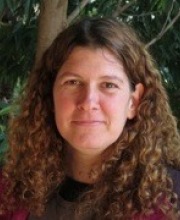 The mechanism employed in the regulation of cellulose biosynthesis

Plant cell growth is restricted by its surrounding cell wall. It is therefore, that changes in cell shape and size require the modification of the existing cell walls as well as deposition of newly synthesized cell-wall material to enable growth. Polysaccharides are the most abundant polymers in the cell wall and include cellulose microfibrils, hemicelluloses (e.g. xyloglucan, xylans, and mannans) and pectins. Plants, being a sessile organism, often respond to different environmental signals by modification of their growth pattern.

Cellulose microfibrils, which act as the main load bearing elements in the cell wall, are usually highly oriented, creating mechanical anisotropy in the wall, which in turn determines the growth direction. Despite recent advances, much is still unknown regarding the core mechanism employed in the biosynthesis and assembly of cellulose microfibrils and even less regarding the regulation of this mechanism in response to different developmental and environmental signals.

In our lab we are interested in the identification and characterization of novel elements involved in the regulation of cellulose biosynthesis during plants life cycle and their role in plants accommodation to changing environment. We use genetics, bioinformatics and molecular biology as complementary tools in order to gain better understanding of the mechanism employed in cell wall function, specifically in cellulose biosynthesis.

In our lab we are developing a combined bioinformatic and genetic approach aimed at the identification of novel elements employed in the regulation of cellulose biosynthesis and cell wall function. Our working hypothesis is that some biologically relevant transcriptional relationships might be revealed only under specific experimental conditions or tissue-specific data sets, and are therefore overlooked by the commonly used global coexpression analyses. For instance, in case of context dependent hetero-dimerization of protein-of-interest with different proteins in different tissues, physiological or developmental contexts, as was previously shown for cellulose synthase or receptor-like kinases.

Recent studies, established a new role for cellulose in anchoring the pectic component of seed coat mucilage to the seed surface. Seed coat mucilage, composed primarily of pectins, is produced by the maternally derived seed coat epidermal cells (also called mucilage secretory cells; MSCs). A massive induction of pectin biosynthesis and deposition into the apoplast occurs within a narrow developmental window during the course of MSCs differentiation. This phase is followed by extensive cellulose deposition into the radial cell walls and the cytoplasm of MSCs, generating a volcano-shaped secondary cell wall structure called collumela. The sequential induction of cell wall related metabolic pathways over the course of MSCs differentiation makes it an attractive system for the study of cell wall polymers biosynthesis and modification.

In our lab we hypothesize that Arabidopsis seed coat mucilage secretory cells can serve as a unique model system for the study of cellulose microfibrils biosynthesis and assembly. We suggest that specialized, yet equivalent mechanisms are employed in cellulose biosynthesis in different developmental contexts. We therefore engage two complementary approaches in order to use MSC as a tool for the study of cellulose metabolism: