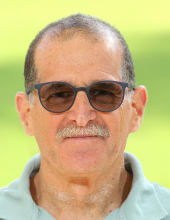 Professor
Jacob and Rachel Liss Chair in Agronomy
Phone: +972-(0)8-9489443
shahal.abbo@mail.huji.ac.il
Personal Site
Crop evolution in the Near East, Genetics and breeding of chickpea.

Crop evolution in the Near East.

Genetics and breeding of chickpea.

Study of chickpea (Cicer arietinum L.) genetics and evolution, and their bearing on grain yield. Unlike the major grain crops of the Mediterranean region (wheat, barley) which retained their natural cycle of autumn germination and late spring maturation, thereby exploiting winter rainfall, chickpea was made into a spring-sown crop, probably soon after its domestication. This change in the plant cycle fixed certain traits in the domesticated genepool.

The major activities in my laboratory involve genetic analyses of chickpea response to ascochyta blight, the study of the relationship between major flowering genes and grain yield and study of the domestication traits of chickpea.

Chickpea seed contains 0.1-0.26 g Ca per 100 g dry seed. Calcium, an important nutrient for humans, is deposited in the chickpea seed via diffusion through the pod wall to the testa. Hence, smaller seed will contain more Ca per unit of dry weight than larger seed. Since seed size is a major price determinant, data on the relationship between Ca content and seed size are extremely important. This work, in collaboration with Dr. R. Reifen (Hebrew University) and Dr. M. Grusak (USDA, TX, USA), point to the existence of factors other than seed size in determining Ca content in chickpea. We are also studying the genetics of carotenoids content in chickpea seed. 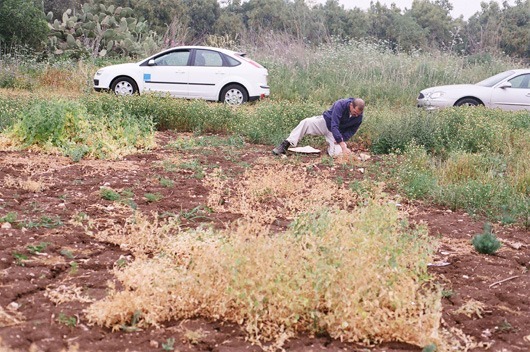