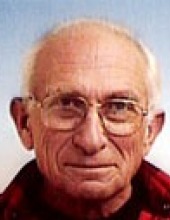 Floral Biology and differentiation, growth regulation, anthocyanine and fruit development and orchard development of olives and grapevines: Breeding and genetics of olive for table consumption and oil. Metabolic models via tissue culture.

Self and cross pollination.

Cross breeding of olives for tree form for both table and oil olives, a progeny of about 4000 crosses and self pollinated offsprings are presently growing and monitored.

Identification of DNA sections related to cycloconium resistance based on RAPD-PCR analysis of different progenies is being performed.

Salinity resistance of cultivars and crossed progenies is being determined in controlled saline solutions.

A study of interaction between salinity and verticilium wilt is showing varital differences particularly in relation to tree age.

The study on the floral biology of the olive indicated that the number of flowers and distribution of inflorescences have only a minor effect on the amount of developing fruits on the tree. Lavee, S., Rallo, L., Rapaport, H.F. and Troncoso, A. (1996).

The floral biology of the olive. 1. Effect offlower number, type and distribution in fruit set. Scientia Hortic. 66: 149-158 and II.

The interaction Rootstock/scion in relation to the level of orchard intensification in olive showed that the rootstock has a minor effect on tree performance in all levels of intensification regardless of the varietal combination tested. Lavee, S. and Shachtel, J. (1999).